The 2016 Louisiana flooding was a four-day rain event without a name. The major rainstorm dumped four times the amount of water that is contained in Lake Pontchartrain, a 630 square mile lake north of New Orleans. During the storm,150,000 homes flooded over about a ten-day period. The floodwaters, after the rainstorm ended, swelled all of the bayous, rivers and creeks headed down to the Gulf of Mexico through the south of Louisiana.

People called 911, but the authorities were overwhelmed. Survivors turned to Facebook, frantically looking for help. We dispatched boaters to go find people who were texting us on Facebook from inside their attics. We begin staging people ahead of the imminent flooding to help us get to them more quickly. We emerged from this crisis with a new perspective on the value of technology. 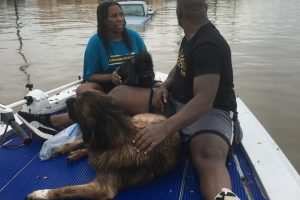