Irma was considered the most intense hurricane to strike the east coast of the United States since Katrina in 2005. In September of 2017, it resulted in 134 deaths and caused over $65 billion in damage. The northeastern Caribbean and Florida were the worst hit areas. In advance of Hurricane Irma striking Florida, Marco Rubio called Cajun Navy Founder Rob Gaudet personally to ask him to take this idea of citizen-led relief to Florida before the storm. When Irma struck Florida, the Cajun Navy was waiting to help with 45 teams in place. 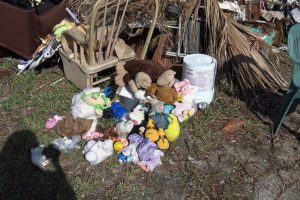